Innovation in Cultural Heritage on show in Brussels

Innovation daily spurs us to seek new solutions to apply to our everyday life. We need new tools to enhance the huge cultural world heritage of our museums. The best innovation projects funded by the EU are on show at the Fair of European Innovators in Cultural Heritage taking place in Brussels on15-16 November 2018, organized by the European Commission to engage in the cause of innovation.  ECTRL Solutions and Hallam Sheffield University present the meSch project, one of the 40 most innovative projects on show in the Demo area. meSch aims at making museum experience more engaging by using smart objects and personalized exhibits, connecting cultural heritage to personal experience. Here follow some demos on show at the fair.

Download the report of the European Union on the event.

We demonstrated the physical interaction implemented at the Atlantik Wall Exhibition, held in the Hague, Museon. In Atlantik Wall, the visitor can choose one object, replicas of real objects used during the second world war: a glass for beer, a box of sugar. According to the object, the visitor chooses a thematic thread he is interested in, i.e. the point of view of german soldiers (glass of beer), or of the civilians (box of sugar).

Along the exhibit he can find several stations; each station plays contents about a specific theme. The user activates the content by posing the object on the base of the station. According to the object, a specific content is played, providing  a personalized interaction on the thematic thread of interests.

A station where the visitor can obtain information on several topics about the  First World War. The visitor can get a personalized card (adult-young; Italian-English language), by simply putting this card on the station he can choose which story to listen to among those available, for example how people or soldiers lived during the war or how the regime made propadanda about the war. Such stories are proposed according to the visitor's profile.

On the interactive window you can find smart objects that are tridimensional replicas of the Cerere Temple or the Sphinx. Putting one of them on the window kit, on the screen appears a 3D interactive model, which can be turned and explored and which offers several types of information by activating the relevant points.

The smartphone leads the visitor along an exhibit presenting several points of interest: the description of how the Fort was built or the living conditions of people or soldiers during the 1st World War. Approaching a point of interest, the smartphone starts telling a story that the visitor can follow up, choosing from several themes available, by simply putting his smartphone, or a special card, near the activation point of the chosen story.

This is possible thanks to the meSch application for smartphone, as well as to Beacons, which allow a precise localization of the user along the exhibit, and to NFCTags that activate the theme chosen. NFC Tags can be read by the smartphone or by a player on the spot.

According to the smart object that the visitor puts on the window kit, various follow-ups appear on different screens: a video of the object itself, its 3D model or a table with a description of its main features. 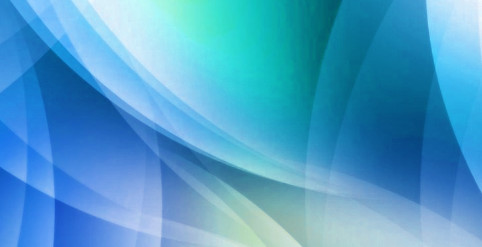